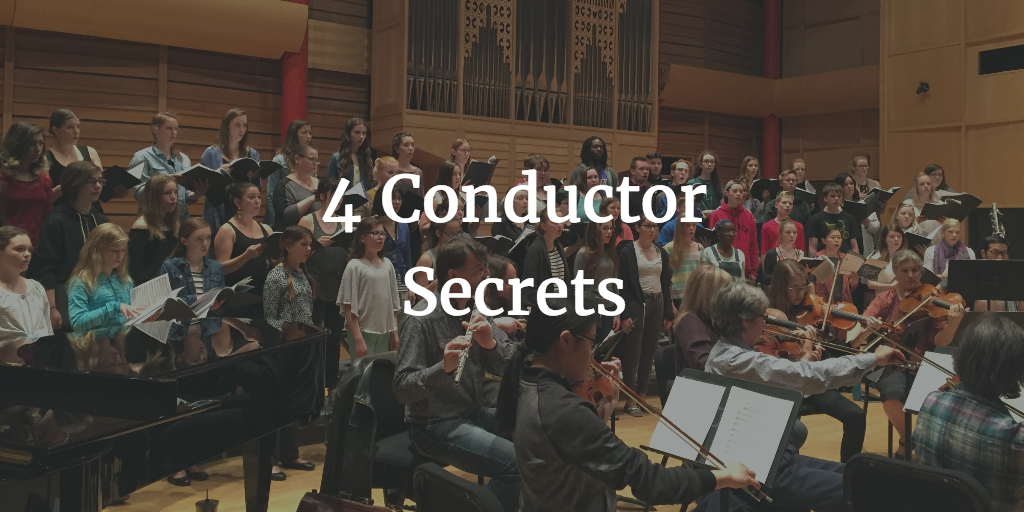 It’s a prerequisite for conductors to have extra ‘nonsense’ senses, but we’re at the front of the room, and often we’re standing while choristers are sitting. We can see you, choristers. Even when you think you’re being sneaky and hiding your phone, or a snack, or a gerbil, behind your music. We can see you.

#2. Mistakes are not a problem:

Many choristers feel immediate embarrassment when/if they make a mistake, especially if their fellow choristers react, or give them some side-eye. Conductors can almost always catch these mistakes too, but our reaction is different. For us, mistakes are par for the course, especially if we’re all still learning a piece. When we hear a mistake, we don’t think ‘uh oh, that’s not right,’, we think ‘I know how to fix that,’. Mistakes are not a problem, and should not be a source of embarrassment.

For the most part, choristers are thinking largely about breathing and tone. And while conductors are thinking about those things as well, we spend an inordinate amount of time thinking about the beat. Because we have to set it, and set it well, not just for the choristers, but for the accompanist, and for any other musicians playing along. We also have to think about maintaining a steady beat, while thirty other voices try to push and pull at the rhythm.

We won’t make absolutist statements, but there are exceptionally few people who are conductors, who have not also been on the other side of the stand. Which means, that we know exactly how it feels to be conducted. We know which hand movements we prefer, which cues we need, and what kind of energy we want to feel from the conductor. Which is why we as conductors try to send that back out to our choristers.

What other secrets do you think conductors might have? Tell us in the comments below!