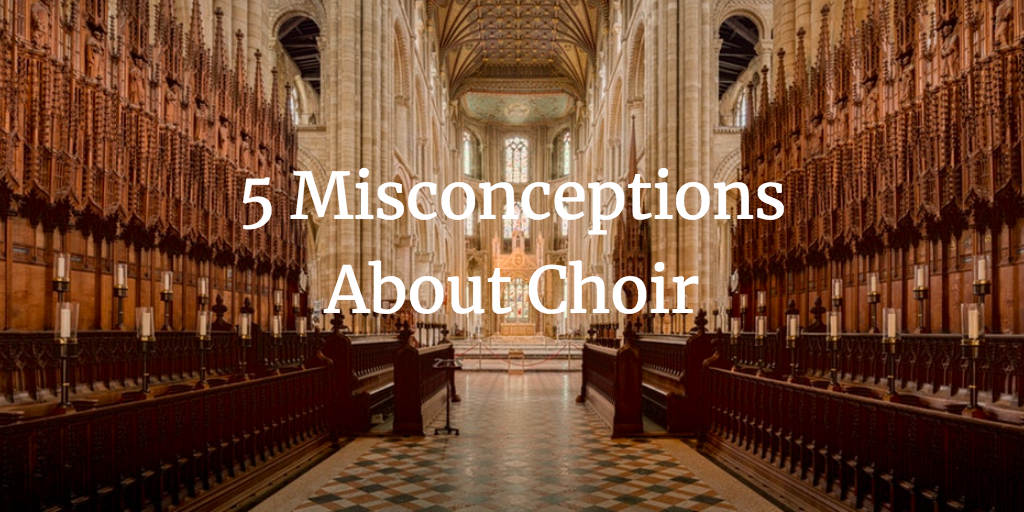 It’s true, singing can be hard work, physically, mentally, and emotionally. But this is why choir is great – you don’t have to go it alone. In choir there is always someone willing to help you, whether it’s staying in tune, reading your music, or keeping in time with the accompaniment. Choir is a great place to learn, and to be surrounded by others who are learning too!

#2. You have to already be good at singing to join:

While there are some groups that are auditioned, and some groups do require prior singing knowledge, that’s not true of every group. We are pleased to be a non-auditioned choir, because we believe that everyone can be taught to sing, and most of all that anyone who enjoys singing should be able to do it!
But don’t be scared off if you do find a choir that requires an audition – often the audition process is really just to find out more about your instrument – your range, and timbre, and what you know about music already. Many choirs are ‘teaching choirs’, so just because it says there’s an audition, it doesn’t mean you won’t get in, if you don’t know much about singing yet!

Choral programs can sometimes be expensive, because there are many elements that make up choral programs – conductors, accompanists, music fees, rehearsal space rental, and uniform costs are just a few. Still, the CCC is proud to offer a low cost program, for exceptional instruction, with no mandatory fundraising. We believe in accessibility, which means that we also offer scholarships, and options for choristers who need some extra help.

There are many choirs who sing classical music, but that’s not the only repertoire that they sing. As well, just because a choir sings using ‘classical’ technique, that doesn’t mean that they only sing classical repertoire.
The CCC has sung many classical pieces, but we’re also big fans of folk music, pop music, jazz, and modern music. We also love supporting local musicians and composers, and we have even performed songs written and arranged by our own choristers! You can check out our YouTube Channel to hear examples of the many different kinds of music we sing!

What are some other misconceptions about choir? Tell us in the comments below!