How Singing Can Help You Learn More About Language 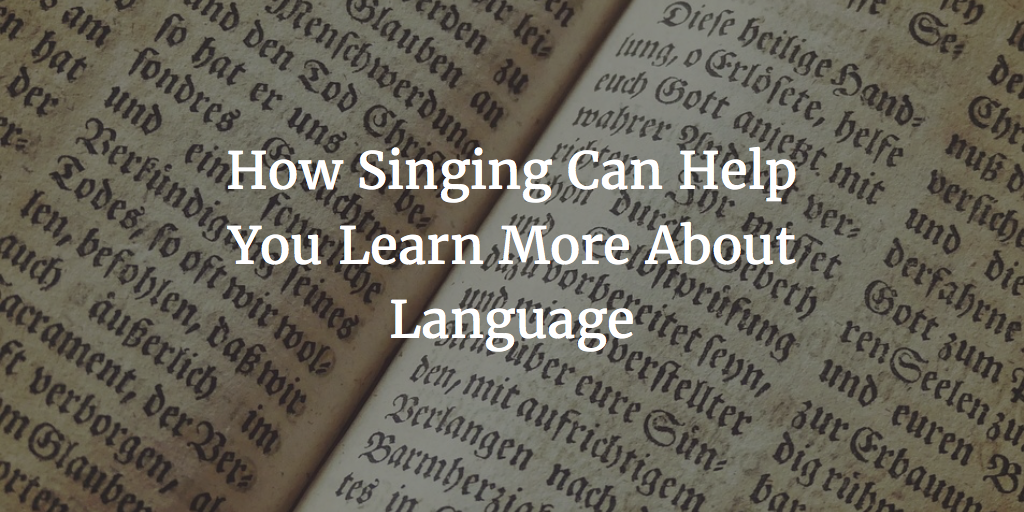 Singing can help with learning in a myriad of ways, but one of the most subtle aspects of singing is in the acquisition of language. Here are three ways in which singing can help you learn more about language:

#1. Libretto:
Since the language often contained in vocal pieces is commonly in the form of libretto, there is a great deal a singer can learn from language by viewing it in the context of poetry instead of prose. Libretto often takes into account cadence, and emphasis, rhythm and pulse. This causes a singer to think about language differently than most people, because a singer needs to choose which words to emphasize, and which to de-emphasize. Singers also need to interpret what can sometimes be obscure phrases – poetry is after all, subjective. Textual analysis is an essential skill for singers, and can offer so many subtleties to the acquisition of language.

#2. Placement:
Singers spend a rather astounding amount of time thinking about their mouths. This is important because it means we are able to think not only about producing words and sound, but about how those sounds are produced. Elements of language that most people ignore, such as diphthongs, vowel modification, voiced and unvoiced consonants, and projection are the bread and butter of a singer’s life. Thus, a singer spends an inordinate amount of time thinking about where in the mouth, language is placed, and how to modify that placement to create the best vocal sound.

#3. Pronunciation:
Pronunciation is extremely important to a singer, because of the subtleties of vocal production and its changing relationship with pitch frequencies. Pronunciation becomes even more important when a singer is performing a piece in a language other than their native tongue. Where a sound is placed in English, for example, is quite a bit different than where sounds are placed in French. Additionally, many languages have sounds that aren’t found in other languages. Learning how to create these sounds is a difficult task, but an incredibly important skill for a singer!

How else can singing help in the acquisition of language? Tell us in the comments below!