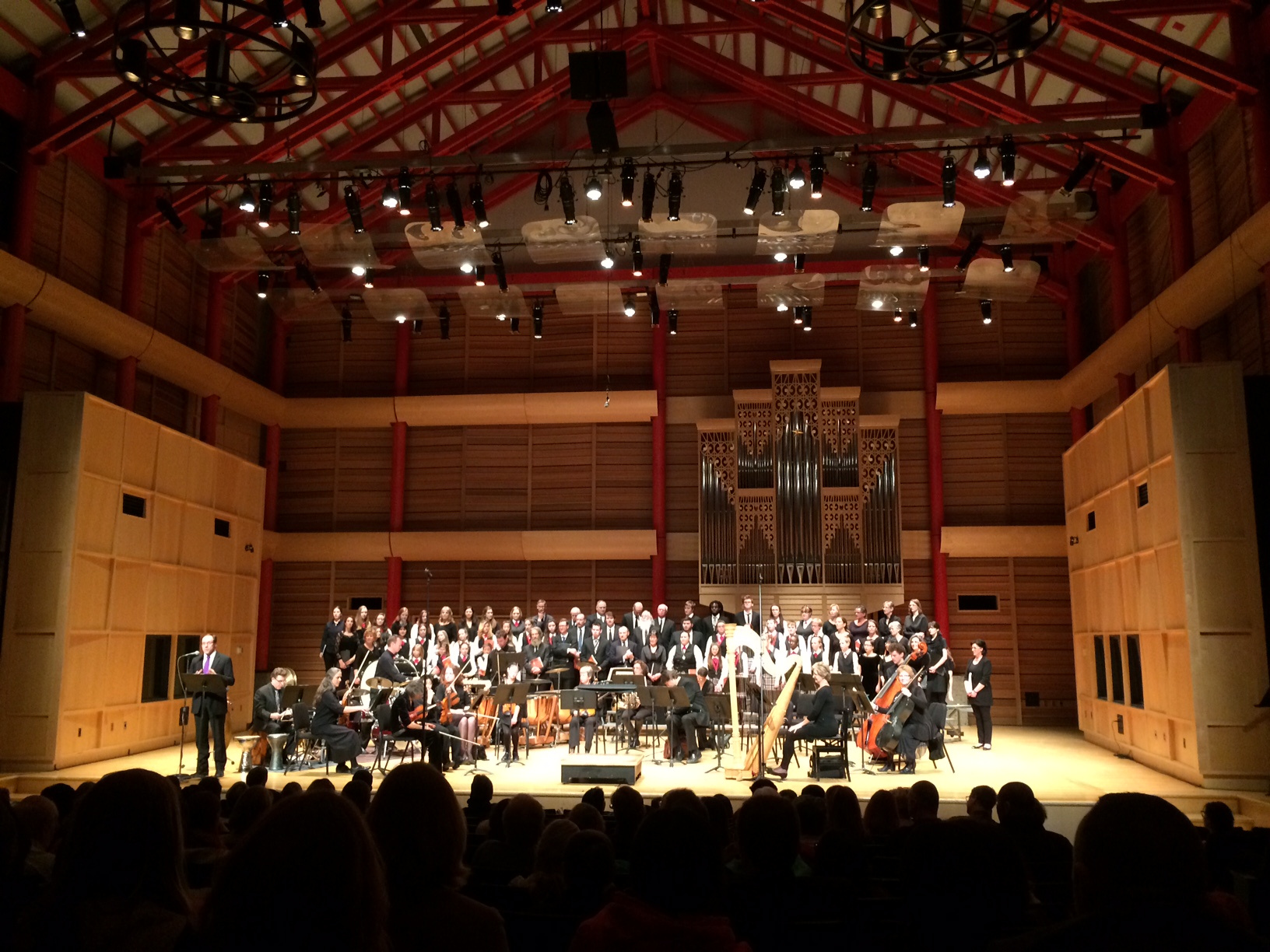 What was the highlight of Saturday night’s concert? Was it seeing Brent Van Dusen, Rob Maciak, and Bob Fenske cover six percussion parts between the three of them – often a different instrument and rhythm in hands and feet (!)?

Was it the beautiful solos sung by Paul Grindlay, Jessica Lutzak and Win Hume? Was it the virtuosic harp solos (Gianetta Baril), and saxophone improvisation (Brendan Oberhamer)? Perhaps it was Tim Janz, playing flute to sound like a Shakuhachi, and singing all the lines in between…

Could it be the choir, made up of the Calgary Children’s Choir, St. Giles Choir, friends, family, and alumni who nailed it – every movement? The junior choir also made two cameos in the Jenkins work. They crept in like quiet mice, and then, standing in the aisles, joined in the singing. They also performed for an attentive audience in the lobby during intermission!

Was it the absolute professionalism of the orchestral ensemble, including two violin students, Stephanie and Leo? Perhaps it was the great camaraderie and relaxed interaction between the singers and players. Maybe it was the total focus and concentration of everyone, who passionately played and sang their parts – even bringing a sense of fun to the whole evening?

Whatever the highlight was for you, for me it was all of the above. As a choir, we feel like a family. After the past two months of rehearsals, and Saturday night’s concert, I think we feel very much like an extended family! I’m not sure if I’m ready to say goodbye to that music, and I sure look forward to another opportunity for us all to work together again.