In An Old House in Paris

On Tour with the Calgary Children’s Choir: Summer 2013 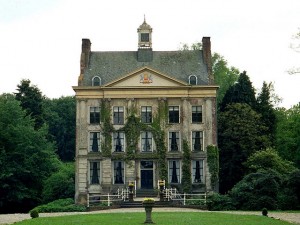 In an old house in Paris that was covered with vines, lived twelve little girls, in two straight lines… Watching the orderly rows of Calgary Children’s choristers disappearing down cobbled streets and reappearing on stages, in courtyards, and in ancient chapels, I couldn’t help being reminded of Ludwig Bettleman’s Madeline Stories—after all, the first part of the 2013 tour happened right where his famous stories are set.  From our comfortable accommodations in Paris’ Novotel to our evening cruise on the Seine, to the choir’s impromptu concert on the steps of Sacre-Coeur in Montmartre, our time in the ‘city of light’ was a great experience for us all.

Though we landed in Paris, our first stop was Arras, site of Vimy Ridge and its unforgettable memorial to the Canadian dead of WWI, personified by ‘Mother Canada,’ in her towering sorrow. We spent a morning absorbing the haunted place, with its murmuring trees, sheep-cropped grass, and cratered ground that will never recover from being bombed and shelled. We walked through the trenches and the underground passages, and saw where thousands of young men once waited, crushed together in the dark, for the next morning’s battle. We studied the single maple leaf carved into an underground chalk wall by an anonymous Canadian soldier. And then the Children’s Choir stood under a clouded sky, singing, “We Rise Again.”

From Arras we returned to Paris, where small but very appreciative audiences received the choir in Notre-Dame and St. Eustache cathedrals, and where representatives of the Canadian Embassy met us with praise and congratulations, promising to tweet about our concerts. Despite the continental heat, we made it through the gold and tourists of Versailles, after which we wandered amongst Montmartre’s narrow streets, costumed peddlers, curiosity shops, and cafes—and the rumor is that the youngest choristers, when they sang their thanks for a scrumptious French lunch, made the server cry!

Spain, our next destination, is hard to separate from Adriana, our Spanish guide. From the moment Adriana stepped onto our bus, she loved us, and became an integral part of our choir family, going with us everywhere, teaching us with sensitivity and wit, making things easy.  She took us on bus tours and on walking tours, to the bullfight’s famous Plaza de Toros de las Ventas and to Madrid’s stunning Palacio Real, but our favorite outings were to the ancient towns of Toledo and Segovia, where we marveled at Roman aqueducts, shopped in narrow ‘pasajes,’ and sang in stone cathedrals, most notably in Toledo Cathedral’s Chapel of the Virgin del Sagrario, parts of whose chancel—until the Calgary Children’s Choir’s concert—had not been opened to visiting choirs for two centuries.  Parents always think their kids sound wonderful, but in this case it must have been true: the highest official of the cathedral happened to be in attendance at our concert, and not only did he share our music with a colleague via his phone: he gave us a warm invitation to come back any time.

Our last evening in Spain was our most memorable one. That night we tossed the casual uniforms, dressed up, and ate marvelous paella at Tablao Villa Rosa, a darkly beautiful Moorish restaurant in downtown Madrid, while watching a mesmerizing flamenco performance, complete with the clothes-clutching Iberian wail of a live singer, accompanied by guitar. ‘All Too Soon’ the performance was over, and it was time to walk back to our hotel. By this time the wind had come up, soft and cooling after the day’s heat, and we were wafted home from this last evening together, inspired and transformed by the spirit of Spain.

On the 2013 tour I experienced a great many fine things: culture, food, architecture, history, music. But one of the most important things I witnessed was the operation of the choir itself, both choristers and chaperones, as it moved through a demanding schedule of performance and travel. Tours are life-changing experiences, but they’re also hard work for everybody. Participants have to be up early, they have to be organized, and they have to be ready to roll whether the coffee was good, or their roommates tolerable, or they got enough sleep. They have to pay attention all the time, and they have to co-operate. Very often, they have to put others first. Without exception, the children and chaperones on this tour did all of these things with finesse, forging new friendships and connections, and making memories that will last a lifetime, into the bargain. Our last night in Spain was both joyful and moving, because the choir is transitioning: a number of seasoned choristers are leaving, but a vigorous crop of strong younger singers is coming up behind them. It will be up to this younger group and new recruits to build the choir back up to strength for the years and tours ahead. I’m not worried though. From all I saw in France and Spain, I know that this great choir will rise, and rise again.

(P.S.: how cool is this? One of my parting gifts from my chaperone group was a copy, craftily purchased in Paris, of: The Madeline Stories.)