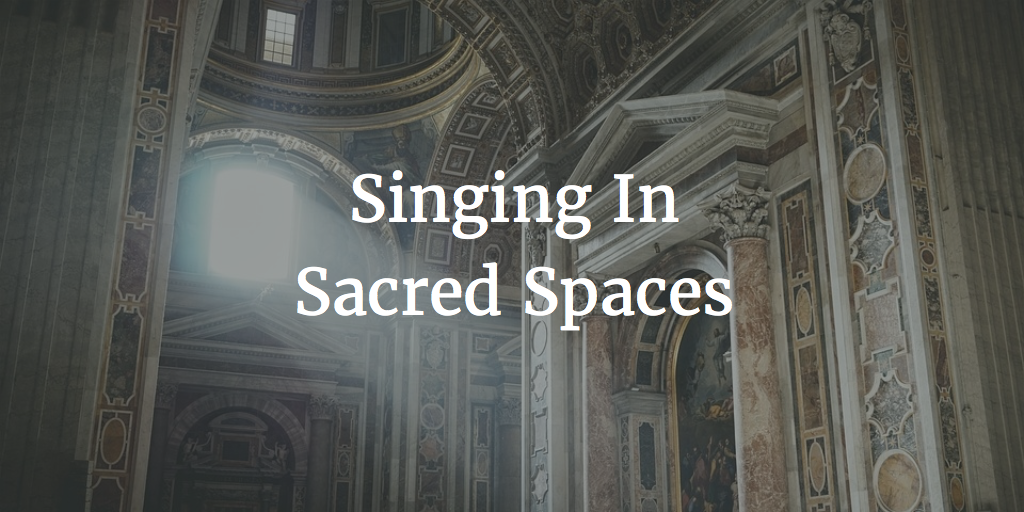 We are very excited about many aspects of our upcoming summer tour to Italy, the food, the weather, the art; but we are perhaps most excited for the amazing performance opportunities afforded to us. During our travels we will be singing in a variety of sacred spaces, in Rome, Venice, Lucca, and others!

One of these amazing performance opportunities, will be the Calgary Children’s Choir participation in Mass at St. Peter’s Basilica in Vatican City. Perhaps one of the most iconic sacred spaces in the world, St. Peter’s Basilica was finished its second construction in 1626 and is considered one of the most beautiful architectural spaces in the Renaissance style. The Basilica, and the colonnade, and plaza outside were designed by several prominent artists: Michaelangeo, Bernini, Maderno, and Bramante.

Most poignant of all, singing in a sacred space, especially one as old and as iconic as St. Peter’s Basilica, reminds us of all those who have used the space before us. Sacred spaces, such as churches, basilicas, and cathedrals are communal places, gathering spaces for the community to come together and share a common set of values and beliefs. In a sacred space as old and as iconic as St. Peter’s, it is remarkable to think of the many hundreds of thousands who visited, or gathered in worship at the Basilica. This will surely have a profound effect on our performance this summer.

Which performance are you most excited about for our July tour to Italy? Tell us in the comments below!