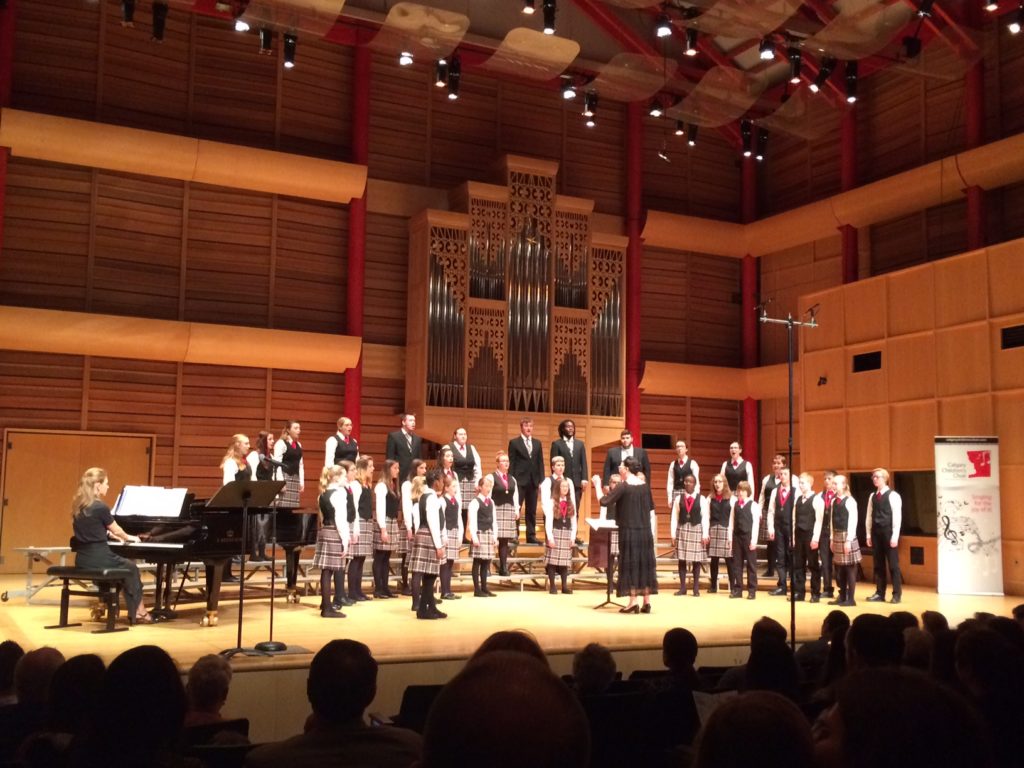 Our concert took place at the Rosza Centre on Saturday, May 14, and featured the incomparable Jonathan Love as host and collaborator.  Much of our music fit loosely into a theme of nature, and more specifically birds – as we performed pieces such as “The Bluebird”, by C.V. Stanford, “Be Like A Bird” by Sheila Wright, and the Beatles’ “Blackbird”. We finished the evening with Haydn’s “The Heaven’s Are Telling”, with Alena Naumchyk on organ, four string players: Tor Ellergodt, Elizabeth  MacDonell, Leo Zhang , and Stephanie Huynh, and our very own choristers, Kyla Fradette, Josh Carr, and Emilia Grindlay, who sang the trio in this piece. Kyla Fradette also arranged the Pentatonix’ “Take Me Home” for CYC, and Robbie Downey sang the solo in “Blackbird”. 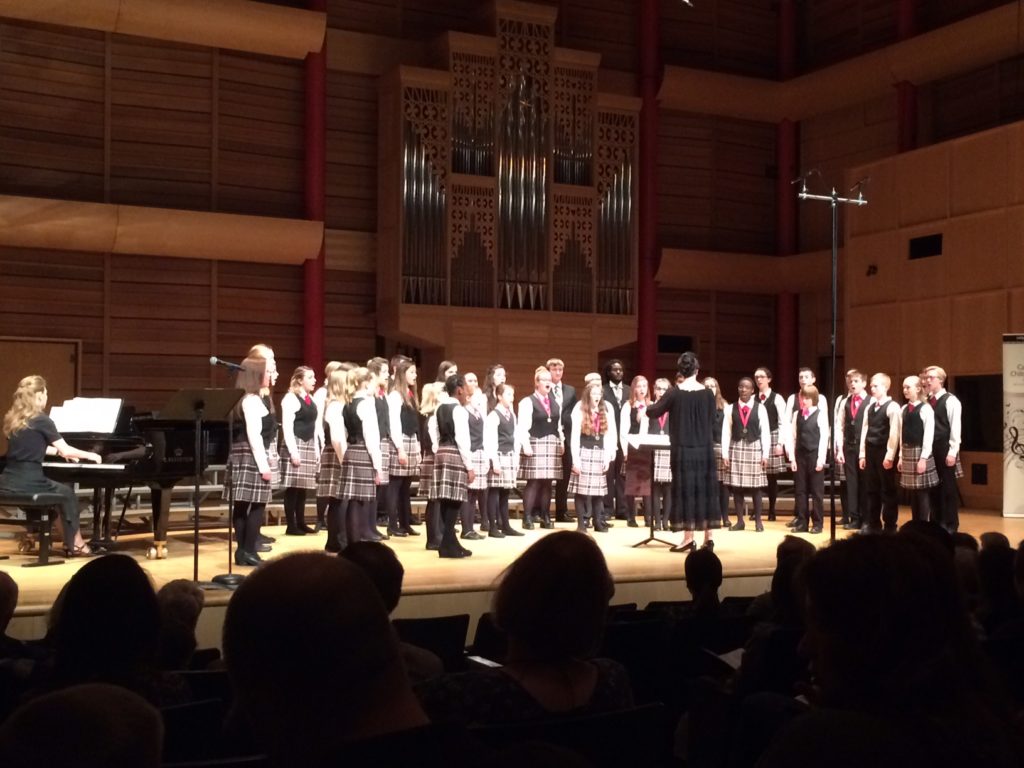 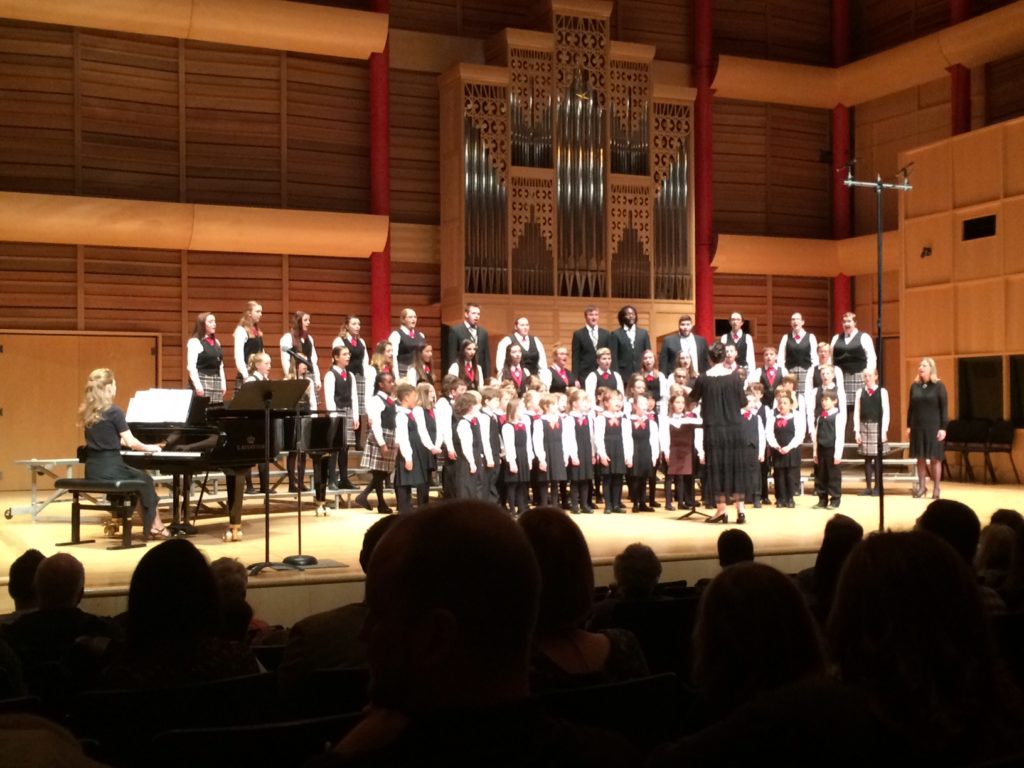 Our juniors, conducted by Esther Woelfle, were a focused group of singers, who performed two polished pieces with beautiful, unforced sound. And we had a debut performance from our Music Makers (age 4 and 5) conducted by Kathryn Berko, stealing the show on cuteness alone, not to mention a very convincing rendition of “There was an Old Woman”. 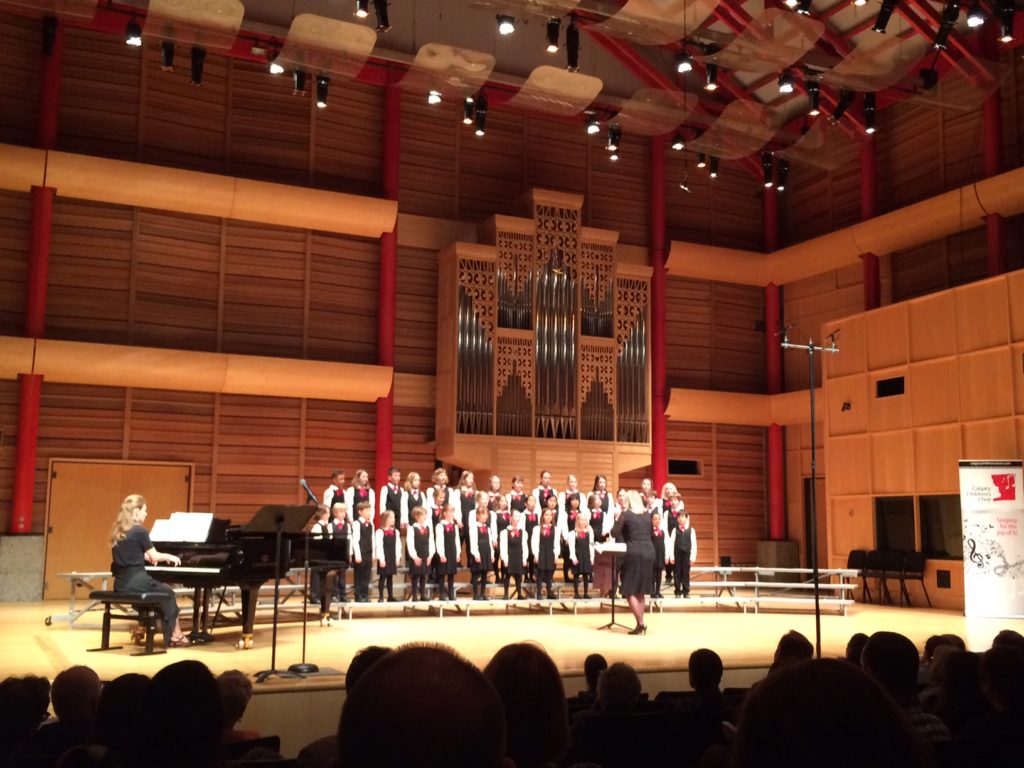 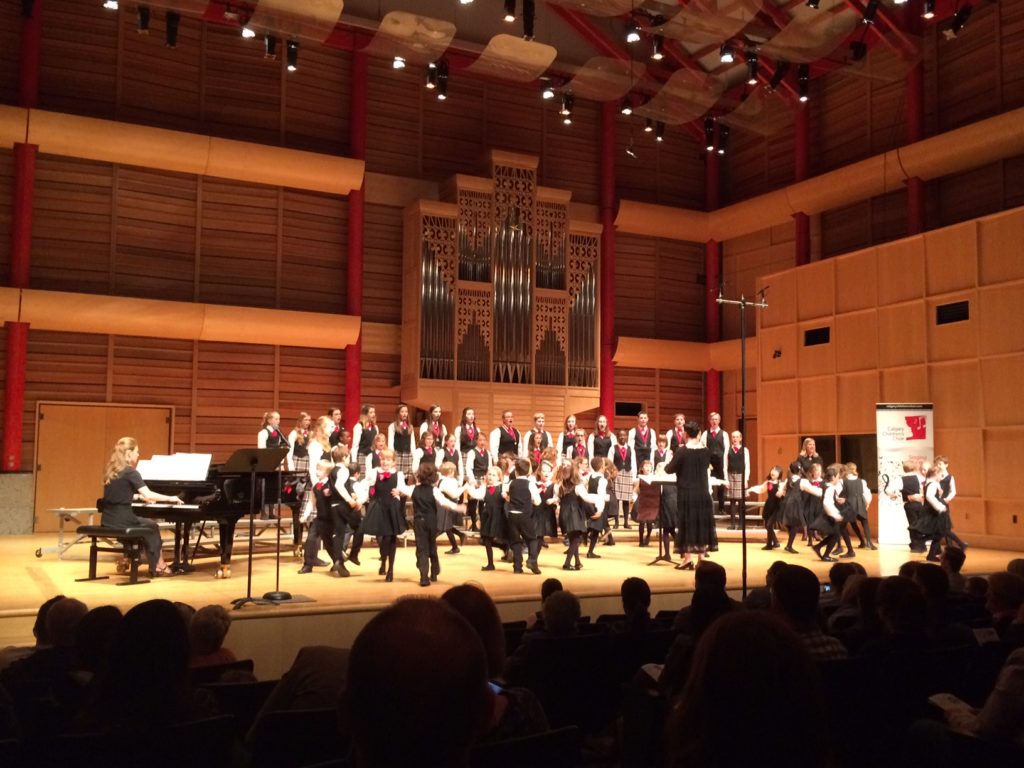 Jonathan Love took everything to the next level, by composing poems which linked the pieces together, regardless of topic!! Jonathan was able to teach parts of his poetry to some of our choristers on the day of the concert, and they memorized their individual lines and delivered them without a hitch that evening.  An anecdote about Jonathan’s poetry-writing skills: we realized, one hour before the show, that there was a transition in the program with no poem. Not only that, we needed to somehow link the piece “Goin’ Down to Cairo”, an American folk song “play party”, with the rest of the program (mostly about birds and nature). In fifteen minutes, Jonathan had composed a poem for this section. Part of that poem is as follows:

When birds of a feather flock together
What do you think they do?
They don’t conspire on a telephone wire
Or preen like a cockatoo.

Well, the preening’s done. It’s to have some fun
And whenever they get the chance,
They’ll do their nails and splay their tails
And they all have a country dance.

They walk the walk and squawk the squawk
While the bass and the fiddle play
The flappers flap – naturally, perhaps,
And they dance till the light of day

Suffice to say, we all had a lot of fun putting this concert together. The kids worked very hard and enjoyed the great energy, talent, and sense of fun that Jonathan brought to the experience.

We look forward now to our year-end celebration banquet, and plans for next year including our 30th Anniversary Celebration in the Spring of 2017. Stay tuned for more information about that! Online registration for our 2016-2017 season is now open!