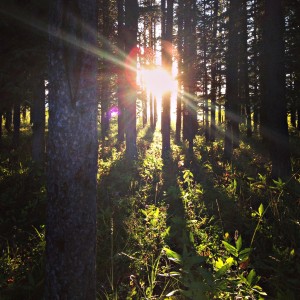 This past weekend we returned to choir camp out in Bragg Creek, for a weekend full of fun, laughter, and music! 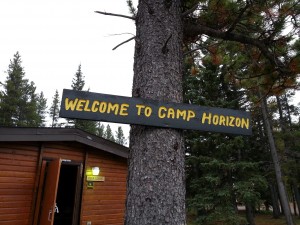 Our theme this year, created and implemented by our brilliant Creative Consultant, Kat Long, was ‘Science Camp!’ The choir was joined by the eccentric ‘Professor Pfiefferhorn’ from ‘Tunesburg’ (played by the wonderful Kat Long.) He told the choristers that he had travelled from the M.U.S.I.C (Musical Understanding of Sound In Children) research facility because he needed their help understanding how science and music were related.

The choristers were divided into three groups including singers from all three of our choirs. The groups were: Brains, Brawn and Beauty. The choristers were asked to think about how these three categories related to music, and in particular to singing.

The ‘Brains’ group looked at how music impacts all areas of learning, particularly in the development of mathematical abilities, pattern recognition, and memorization. Those in the ‘Brawn’ group analyzed how different parts of the body are used to create music, and were particularly interested in good vocal habits. The choristers in the ‘Beauty’ group determined the emotional aspects of music, and singing, focusing particularly on conveying musical lines and text vocally.

The kids were given time to create presentations to make to ‘The Professor’ to aid in his research! 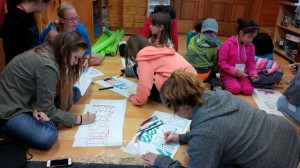 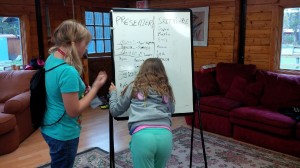 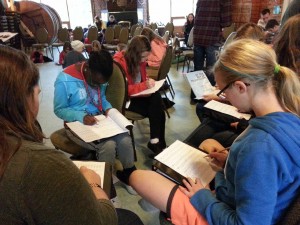 We also rehearsed, played musical games, had free time to relax or play ‘The Animal Game’. On Saturday night we enjoyed a long standing camp tradition of Skit Night! There were some fun skits, silly songs, and some impressive original musical numbers! After skit night, the choristers took advantage of the camp’s new karaoke machine, and had a blast singing old favourites! 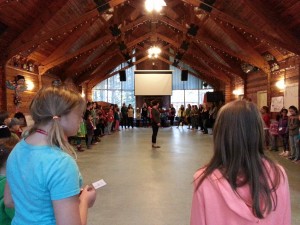 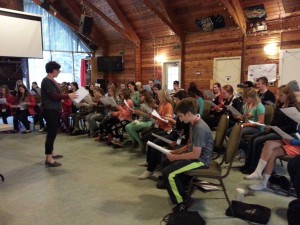 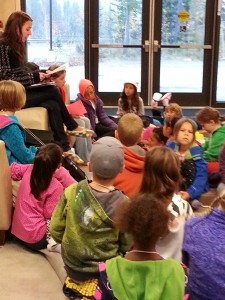 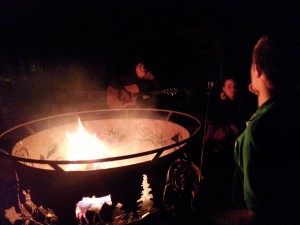 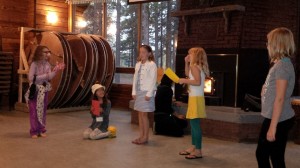 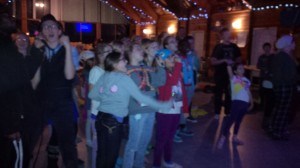 We had an amazing weekend filled with friends, laughter, jokes, and best of all – music! Thank-you so much to all the amazing volunteers and staff members who made this weekend possible! 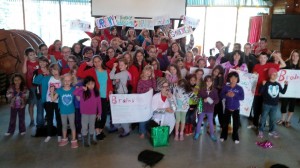 What was your favourite part of camp? Tell us in the comments below!