Today was a very full day, rehearsing en masse with the mind-bogglingly energetic and musically brilliant Dr Sirett. We were especially 8:30 in the morning when the rehearsal started, or six-thirty back home. We would love to learn his secrets. We were a bit bogged down this morning, too, with our formal uniforms for tonight’s choir-to-choir performance. 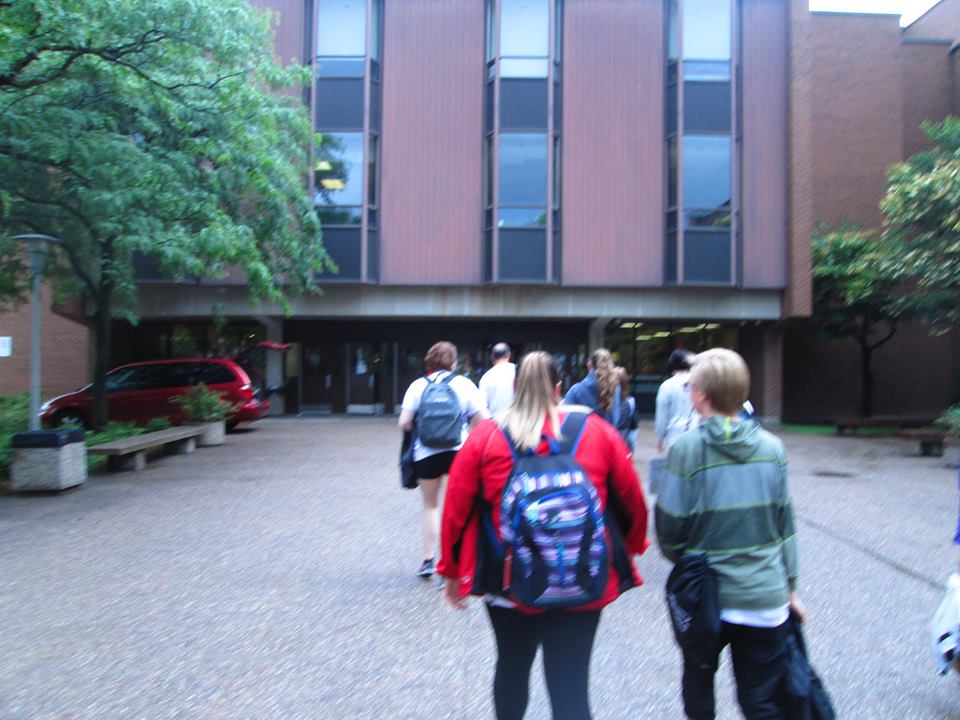 The school we’re rehearsing in! And some sleepy choristers! 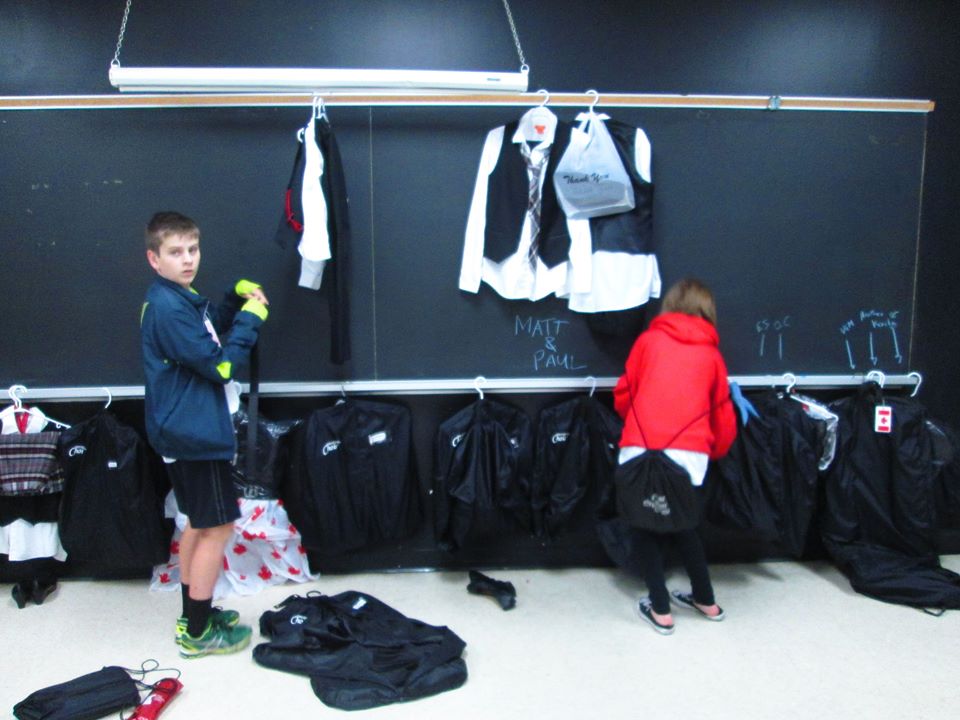 The notations would have made it easy to find our bags… if they hadn’t moved us to a different room. 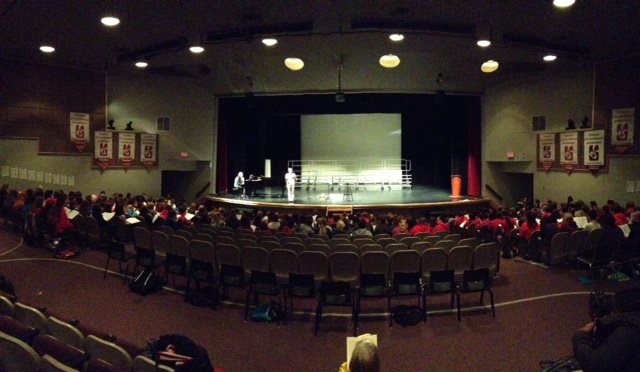 In three hours, we managed to get through virtually all of our music, and the men even had a sectional. They know French now! We’re so proud. Even after only a few hours of rehearsal, we are really starting to come together as a mass choir under Dr. Sirett’s marvellous management. (He truly is a splendid dictator…er I mean director.) Why don’t you have a listen and see (hear) for yourself! Do we sound cohesive yet? Let us know in the comments down below!

After our impressive and slightly (very!) draining three hour rehearsal, we grabbed our bag lunches and dashed to the bus, making our (frenzied) way to the War Museum. 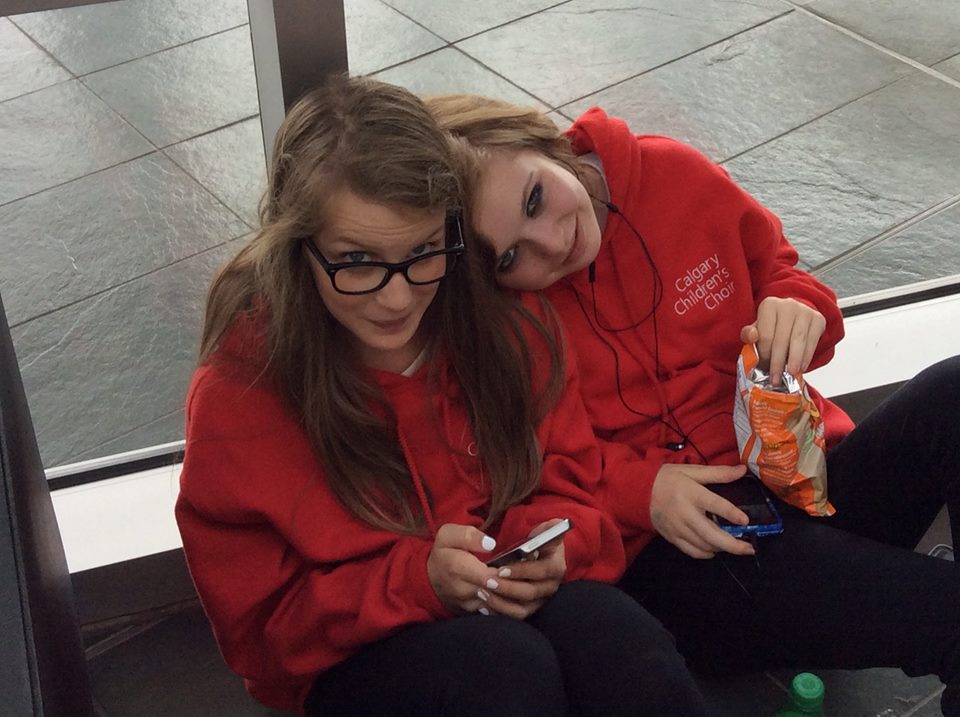 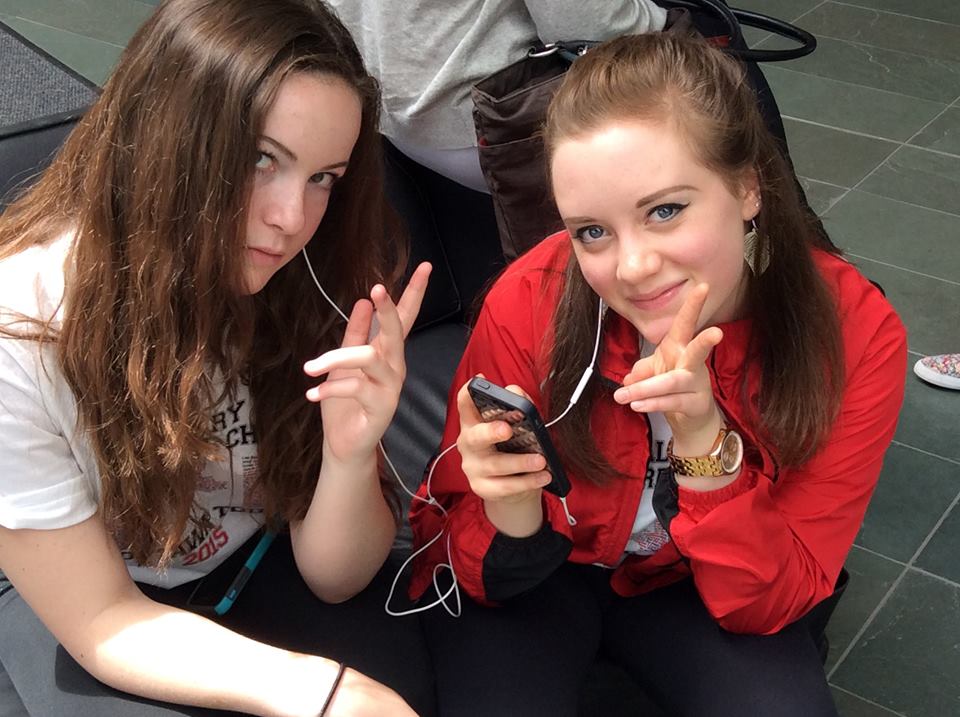 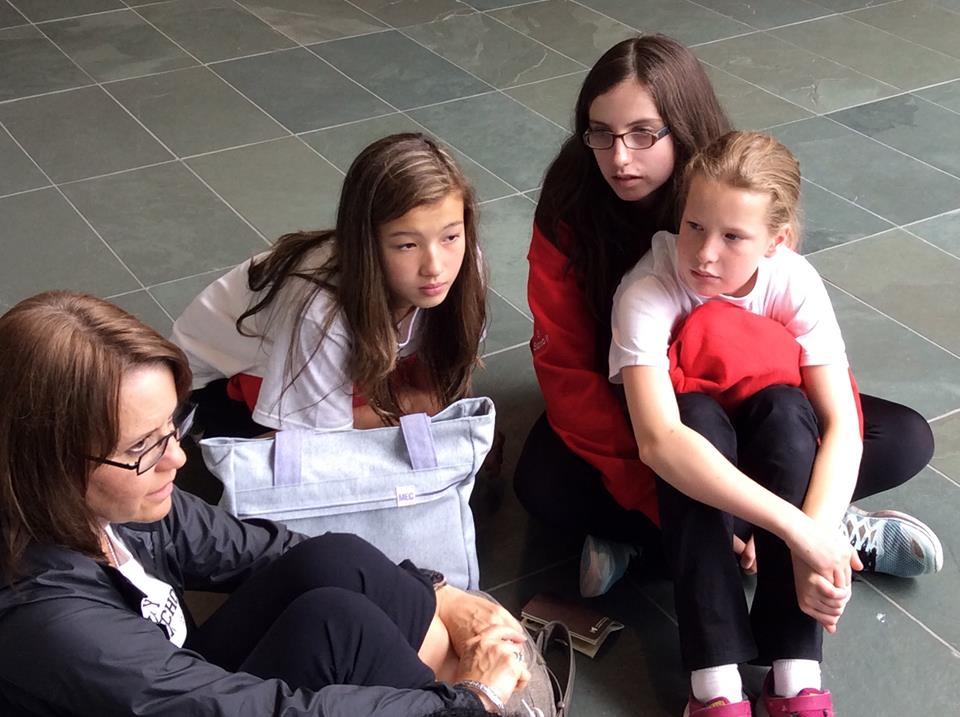 Can you see the sleepiness or are we good actors?It’s always difficult to write about moving and painful topics like the one covered in the museum, but the choir handled it pretty gracefully. We did see lots and lots of interesting artefacts, including battlefield surgical kits from several historical wars, an honest-to-goodness Swastika flag captured by Canadian soldiers in the Second World War, and a piece of the Berlin Wall gifted to Canada by Germany after the end of the Cold War. 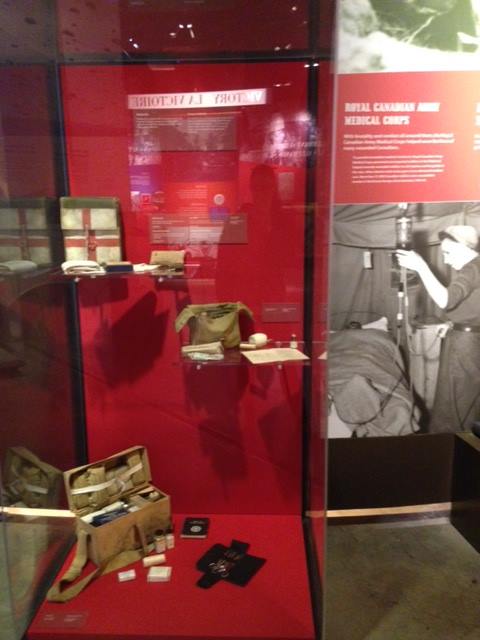 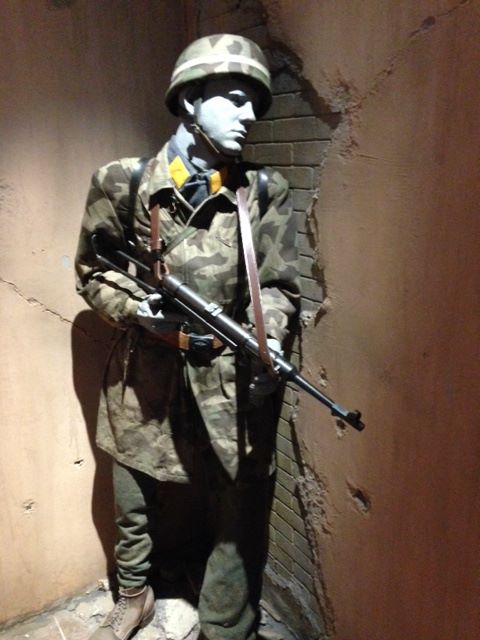 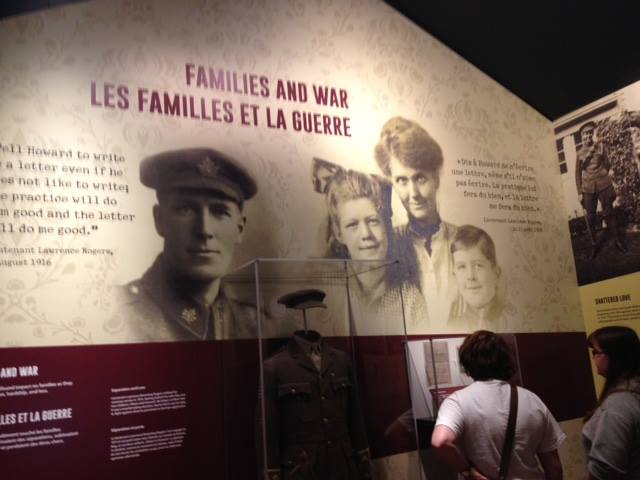 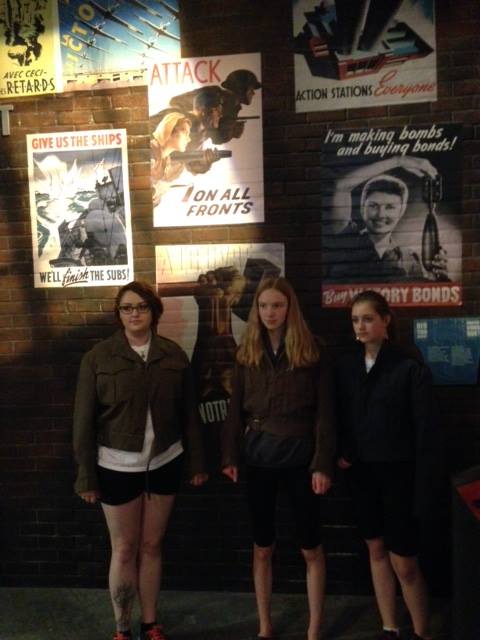 Oh, we also saw one of Hitler’s parade cars, which is a remarkably imposing vehicle before one considers who used it. Once that is taken into account, it becomes more than a little bit frightening. It was in incredibly good condition, with only one shattered window. Frankly, given who it belonged to, we’re surprised that such a vehicle survived. 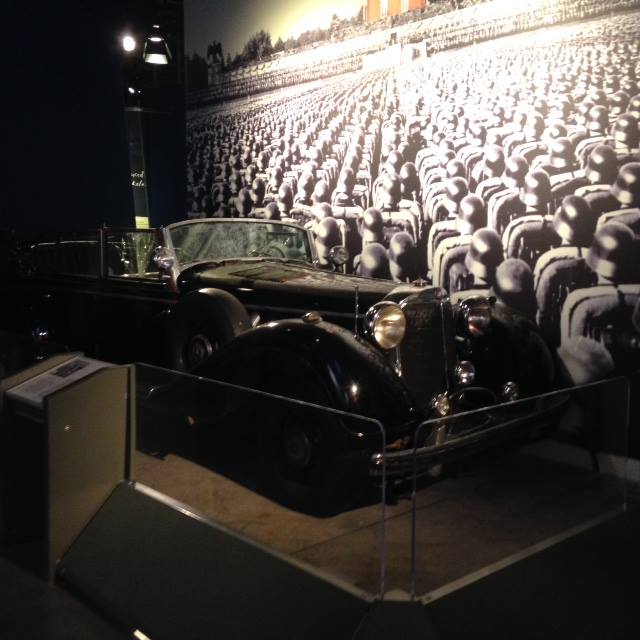 Some of the most moving parts of the experience were the WWI and WWII exhibits, which were especially poignant because of the personal accounts and vivid scenery recreations. 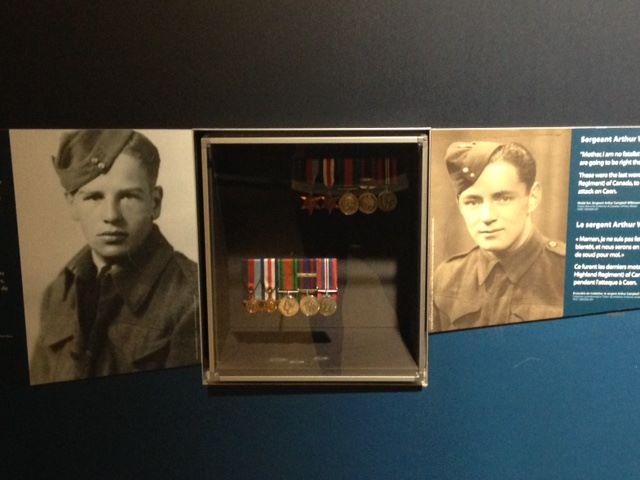 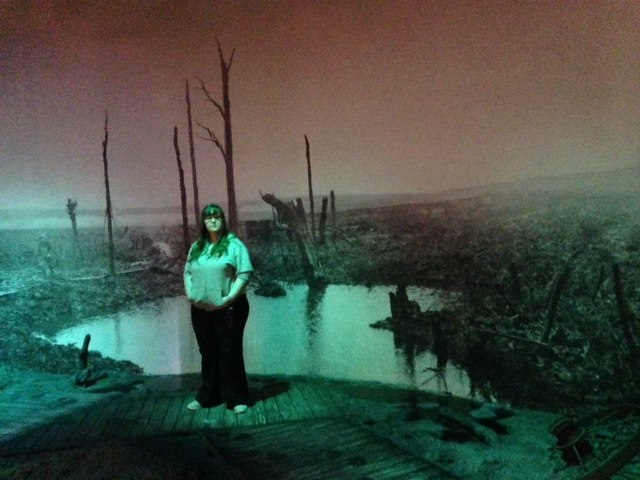 Another sobering and thought-provoking aspect of the museum was Memorial Hall, a simple but beautifully designed tribute to fallen Canadians. 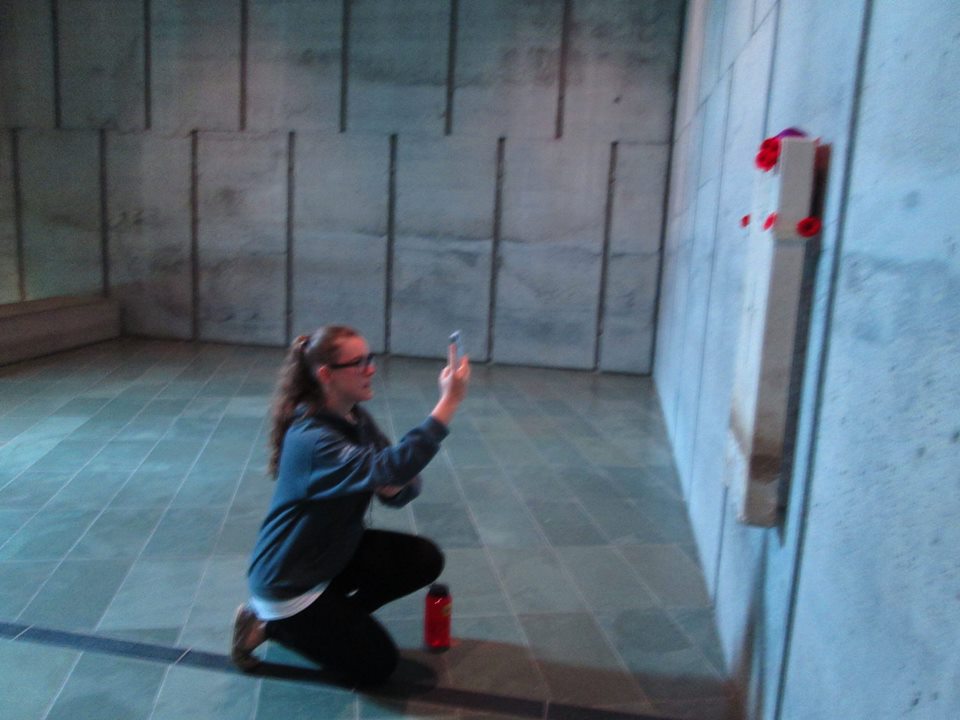 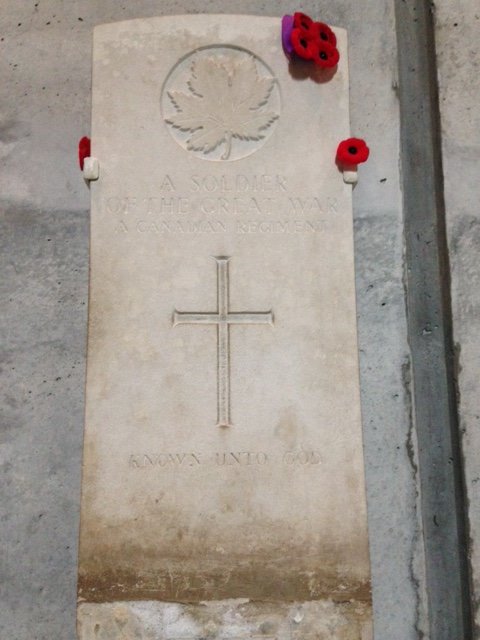 Memorial Hall is set up so the sun entering through the window hits the tombstone at 11/11/11, and the permanent ‘shadow’ on the ground runs all the way through the lobby and out the building.

The remainder of the afternoon was spent in another rehearsal, much like the first, only sleepier and fortunately shorter. 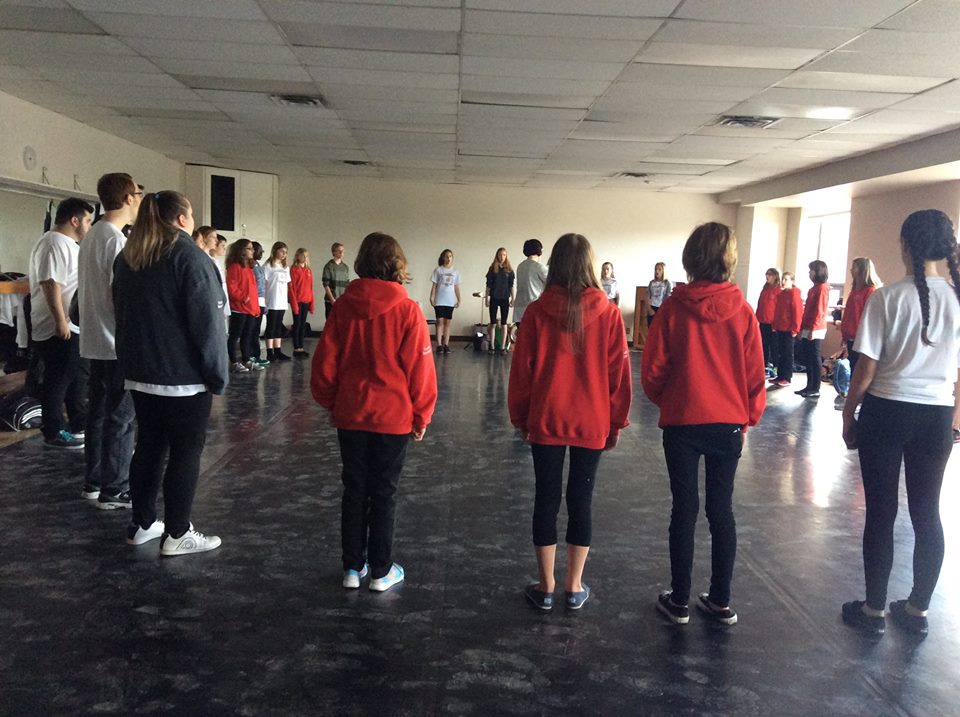 After dinner, we got ready for the individual choir performances. It was lovely to hear our newfound friends singing on their own. Apparently we sounded great too! 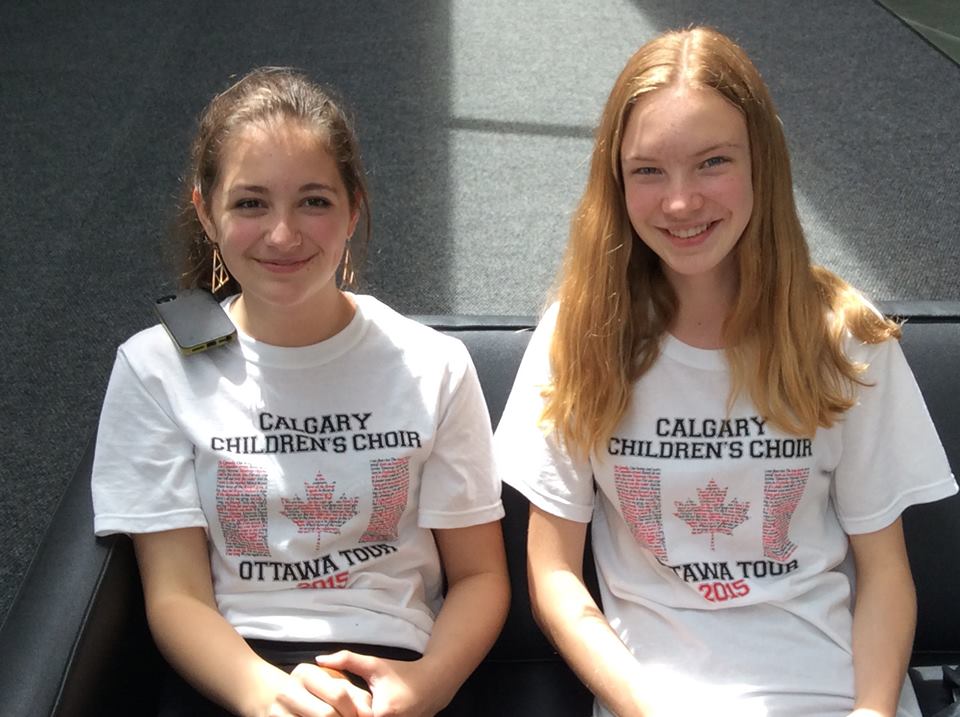 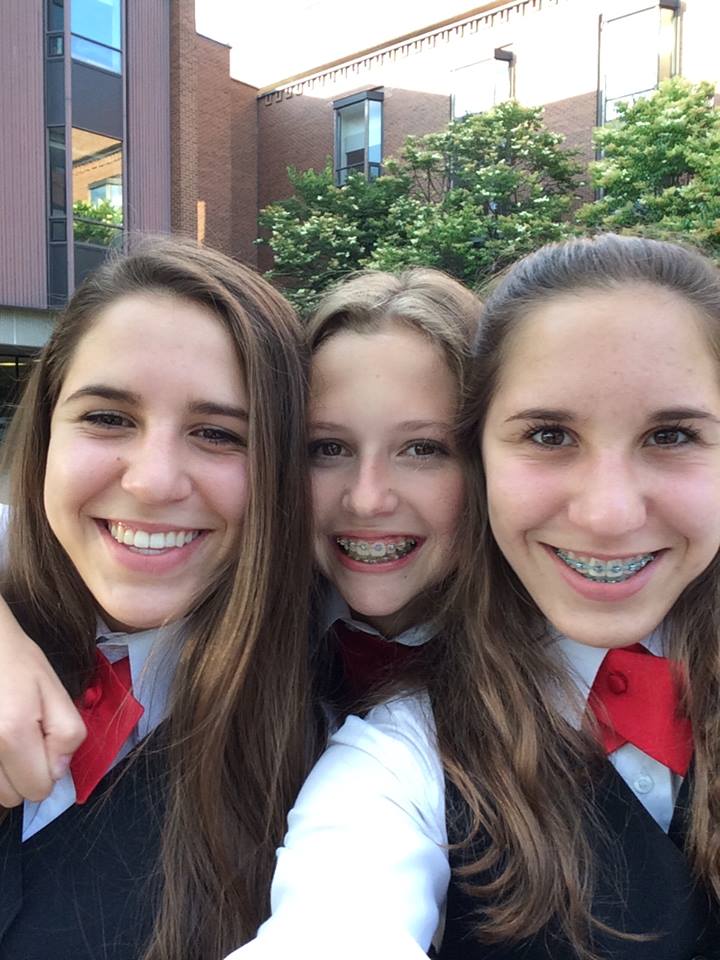 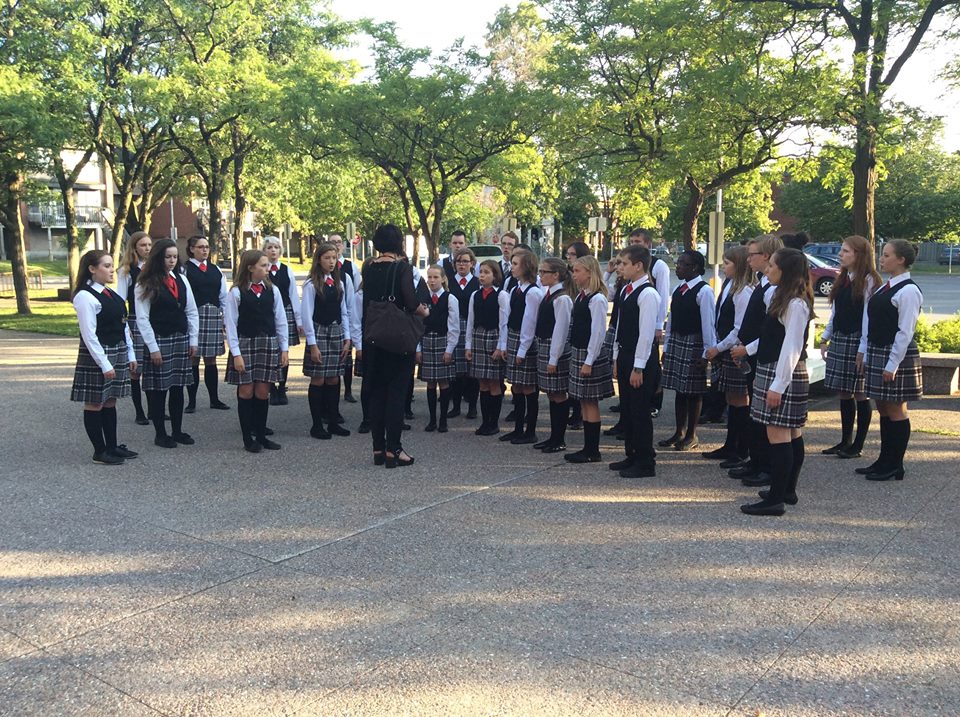 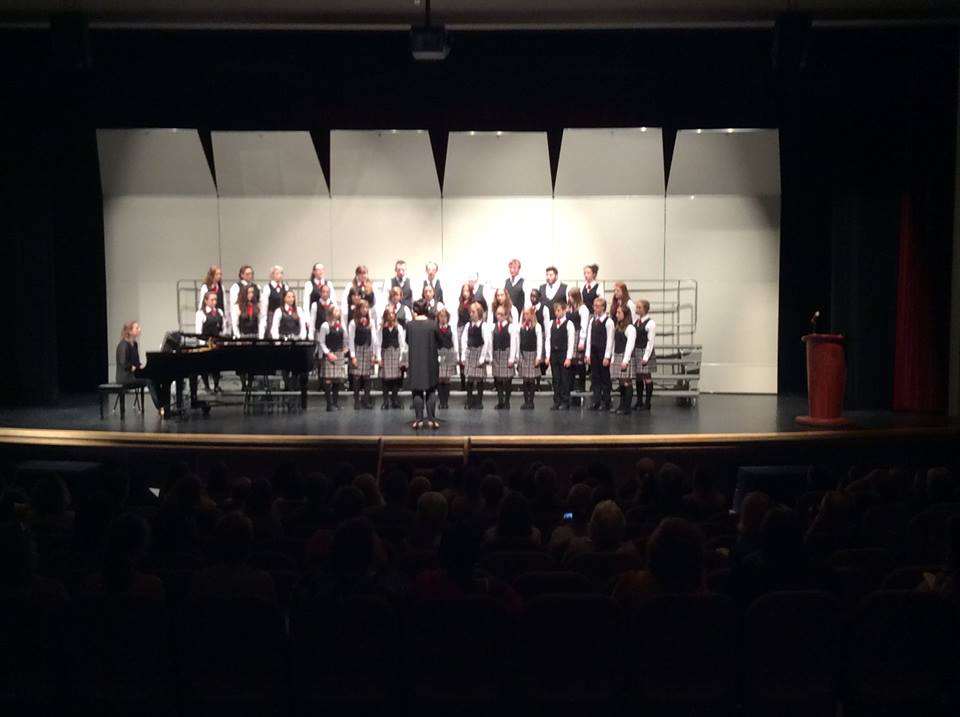 After the concert, we headed back to our dorms, and bed. 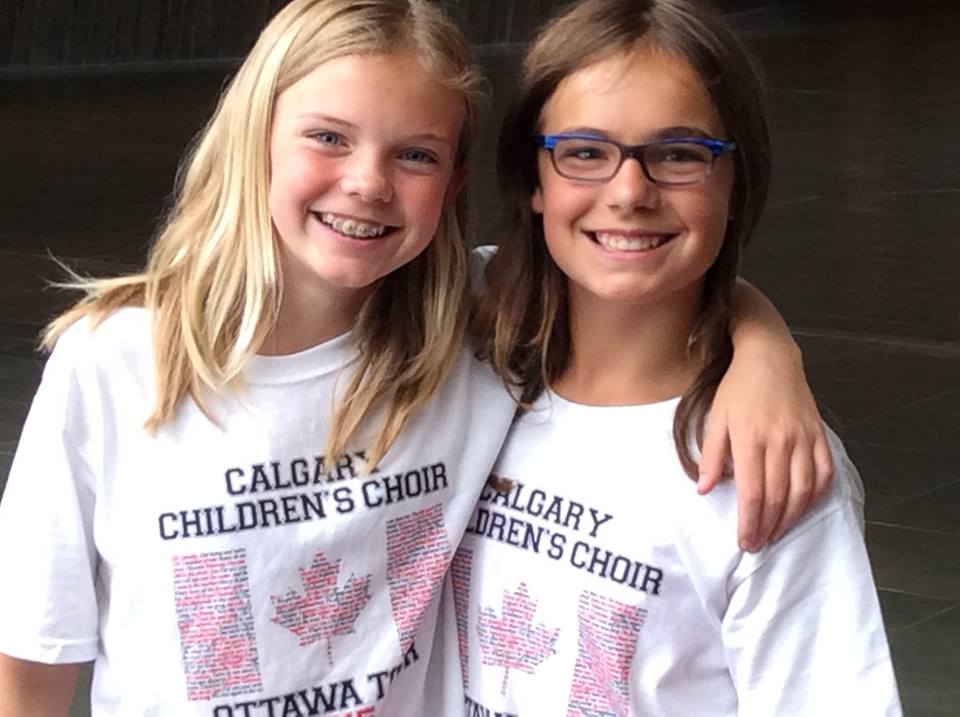 Our one-of-a-kind T-shirts have received a lot of positive attention. Thanks Kat!