Songs Of The Cinema: How Film Orchestras Work 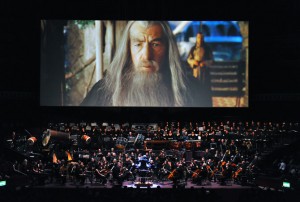 During these recording sessions, the studio is filled with sound recording equipment, in order to capture the best sound, and minute details. In most cases, the film is projected onto a large screen in the recording studio. This adds greatly to the performance from the musicians. Film orchestras require a level of precision and technicality that greatly enhances the performances from the actors on the screen.

Here is a great video demonstrating the scoring, and recording of the music from Canadian composer Howard Shore for the movie The Hobbit:

For those interested, this is a very informative blog that takes a look at scoring for film. It has some fascinating insights into sound recording, and orchestral film recordings.

What do you think of film orchestras? Tell us in the comments below!