This morning the choir visited the Chateau de Versailles, and then spent the afternoon near the Sacré Choeur Basilica. 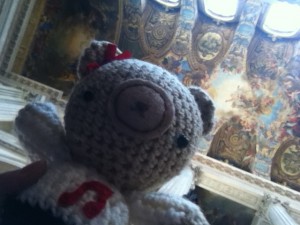 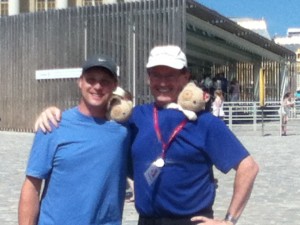 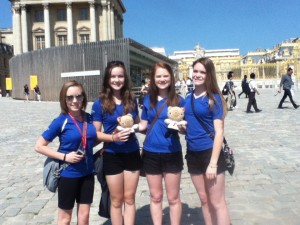 The palace, the construction of which took decades, was an incredibly opulent, massive, artistic marvel. We were given a private tour which allowed us to visit rooms not generally accessible to the public. For example, we toured some of the private chambers of King Louis XV, who, unlike his predecessor, lead a moderately private life.
King Louis XIV had virtually no privacy, as almost his entire life was observed by at least some of his roughly 8000 royal courtiers. Even his use of the chamber pot was scrutinized by an estimated 130 male courtiers. (Ick!)
Incidentally, the man who recorded the activities of King Louis XIV was none other than Jean Racine, the same writer who composed the words Fauré set to music in the Cantique de Jean Racine, which we performed at our recent spring concert!
The palace of Versailles is most commonly associated with King Louis  XVI and his infamous wife, Marie Antoinette!

After arriving in Montmartre and ascending roughly 300 (very small) steps to the top, choristers were given the opportunity to visit the lovely Sacré Choeur Basilica, (which boasts the best views in Paris), and to shop and explore in the nearby marketplace. When the choir at last reconvened, we sang a brief musical program, and headed back to our hotel for an altogether delectable dinner. Tomorrow, at a rather early hour, we depart for Spain!