Continuing our posts about Spanish music, and in particular the Flamenco style from the Andalusian region, in today’s post we will be looking at the flamenco guitar! 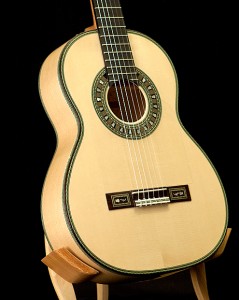 In general, flamenco guitars are constructed using harder woods. As well, their strings are not meant to sustain notes as well as classical guitars. This is because of the speed of flamenco, and its rhythmic quality. A lighter, faster guitar means that the flamenco music sounds crisp and patterned!

Have you ever heard flamenco guitar? What did you think?