On the weekend of January 30th, to February 1st, the Calgary Children’s Choir went up to Camp Horizon in Bragg Creek for our first ever Winter Retreat! The weekend was absolutely magnificent! 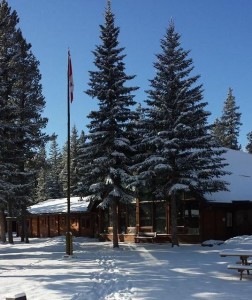 Friday January 30th – We  arrived at camp in the evening and where excited to begin! We played a really fun-and competitive game where the groups had to out-sing each other based on different categories. Our awesome camp leader, Andrew, set up a roaring fire for us outside, and even though it was snowing it wasn’t too cold and we all bundled up to sing camp songs and tell jokes into the night. We all agreed singing in the snow was a unique experience!

Saturday January 31st – We awoke to a perfect fresh layer of snow, ideal for the activities ahead. After an amazing breakfast of chocolate pancakes, and a morning rehearsal, the choristers split into three groups. Each group took a turn doing music theory with Ms.Strome, an art project with our visiting artist, Lisa, and snow shoeing with Andrew. 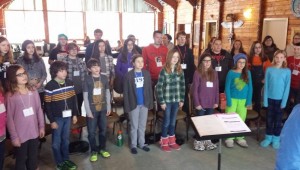 With Lisa, the choristers turned their portraits into a unique embodiment of their visions of home. This art project will be displayed at the ‘Home’ concert coming up this March, and it was wonderful to make something so meaningful to go along with our concert. 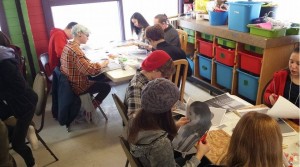 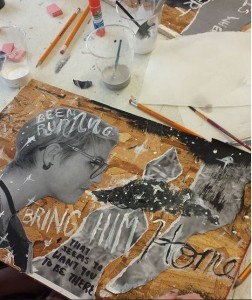 The snow shoeing expeditions were amazing. The weather was perfect and the campers got to follow animal tracks through the woods, slide down hills, and laugh in the snow whilst wearing old fashioned “beaver tail” or modern “bear claw” snow shoes. We even had races! 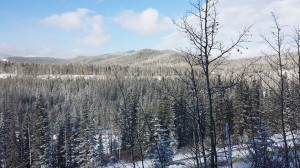 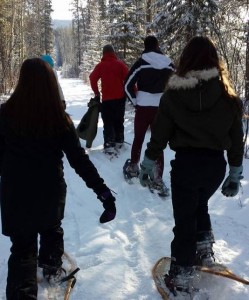 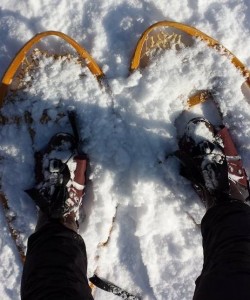 Throughout the weekend, the choristers had cards read to them with secret facts about all the choristers, and based on the facts they had to guess who the card was about. It was great to see how well we all know each other. A real turkey dinner was followed by skit night, and the choristers were true to form with funny skits, amazing singing, and poetry. As a special treat, whipped cream was provided so the choristers could have fancy hot chocolate while we played board games by the fireplace. There was Twister, Disney Charades, and more!

Sunday February 1st – On Sunday we ate a breakfast of cinnamon buns, and had another rehearsal. The choristers really delved deep into the music, learning new pieces quickly and really fleshing out the meaning of each work. We thanked Andrew for all of his help and leadership, and Lisa for lending her amazing skills to us over the weekend. We thanked the kitchen staff with rousing applause, as we all agreed it had been the BEST camp food we’d ever had!

Winter Retreat was a huge success and hopefully it will become an annual event!

What was your favourite part of camp? Tell us in the comments below!